Thanks to all that have coming out over the last few weeks for cleaning up the Rt. 50 shoulder and removing invasives from the trees.

In late February we made good progress clearing out the invasive bush honeysuckle on the NE corner of Manchester and Rt. 50. Plus, dragged out a good pile of trash and debris. On the NW corner made some progress cutting vines off the trees – but more needs to be done – and pulled out a shopping cart full of trash!

Quite a shopping expedition! 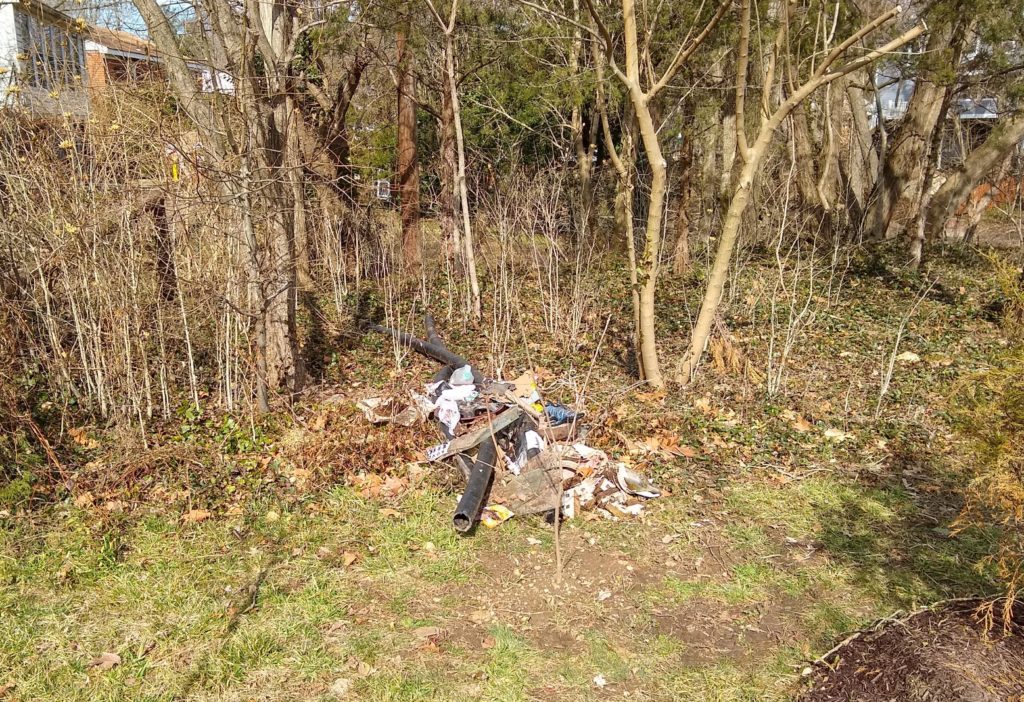 Phil’s restoration project for the Bluemont Park area south of 1st Street is paying off.  Invasives are gone and spotted a pair of large raptors there but one flew off before I could take at photo. 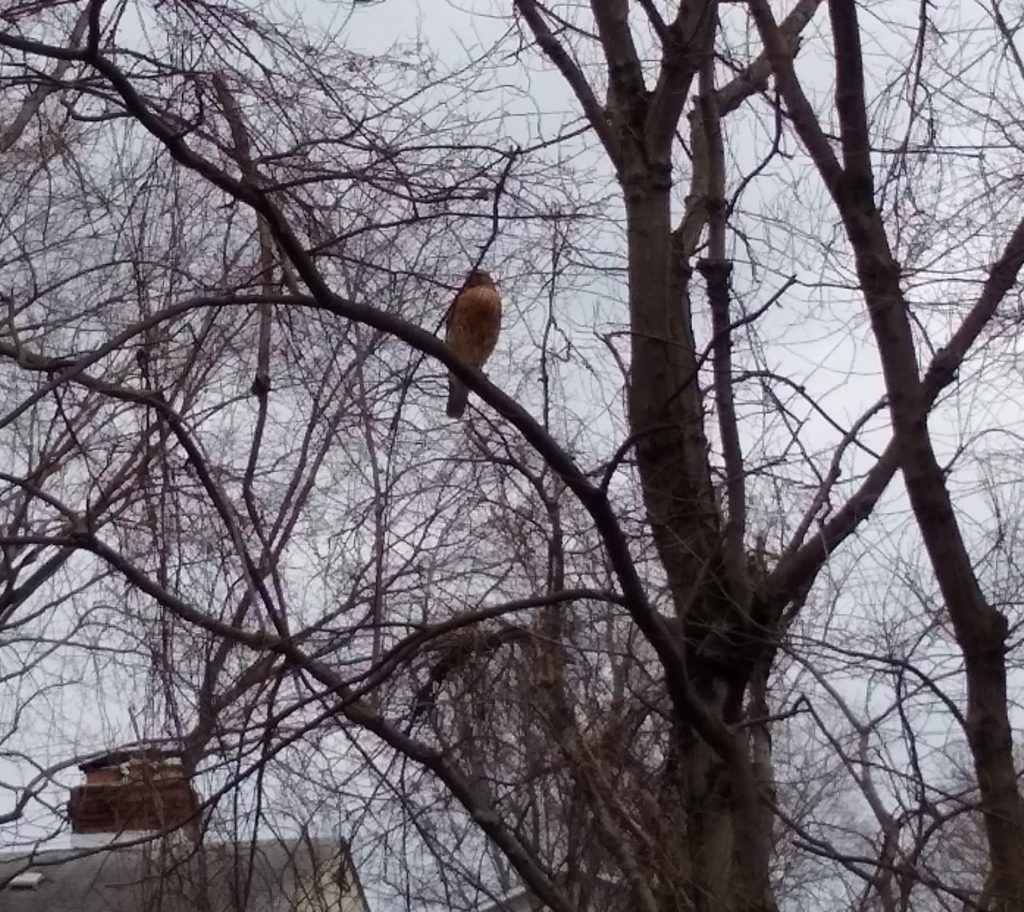 We worked a little to the east of the Manchester and Rt. 50 intersection in March as the very nice line of cedars that buffer the wall is getting overgrown with ivy and other vines. Think we managed to snip all of the vines at the base of the trees now.  The trees may look a bit less green in the coming months as the vines fall off, but hope the cedars will regenerate some of their greenery as they have more access to light. 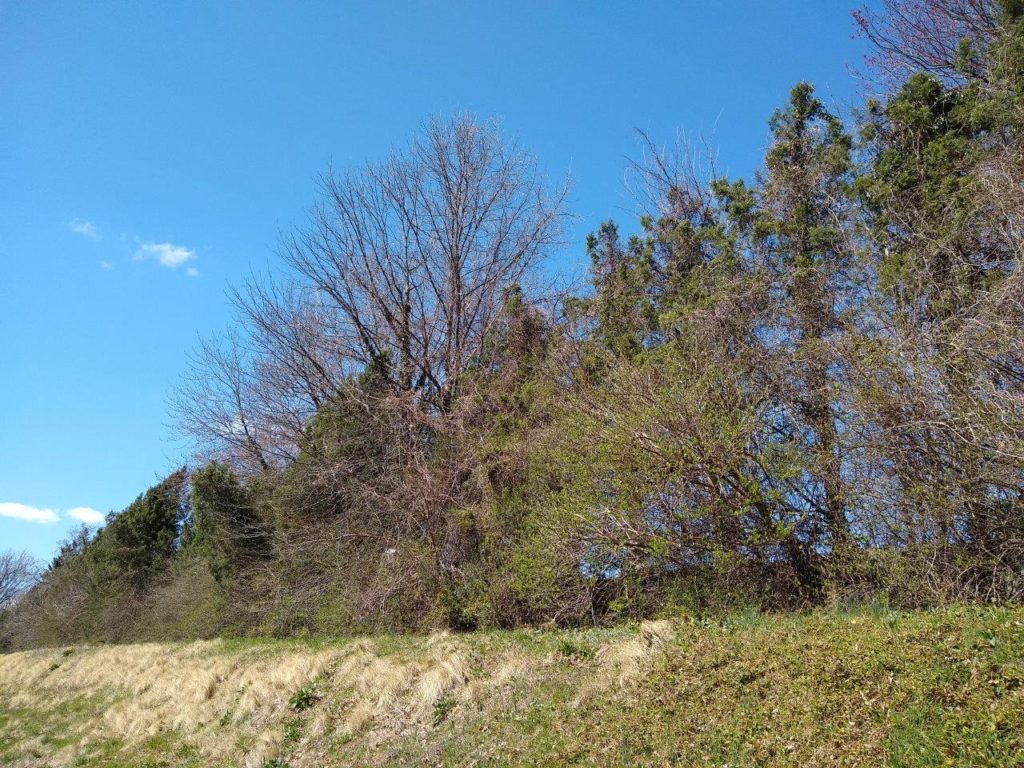 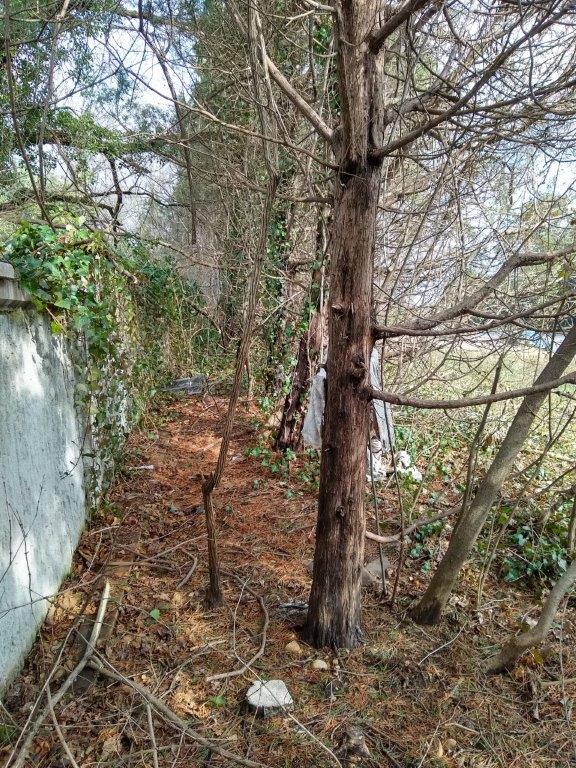 Also, found an assortment of discarded transportation mementos, like hub caps, bicycle wheels, and a bike back in the trees which we took away. 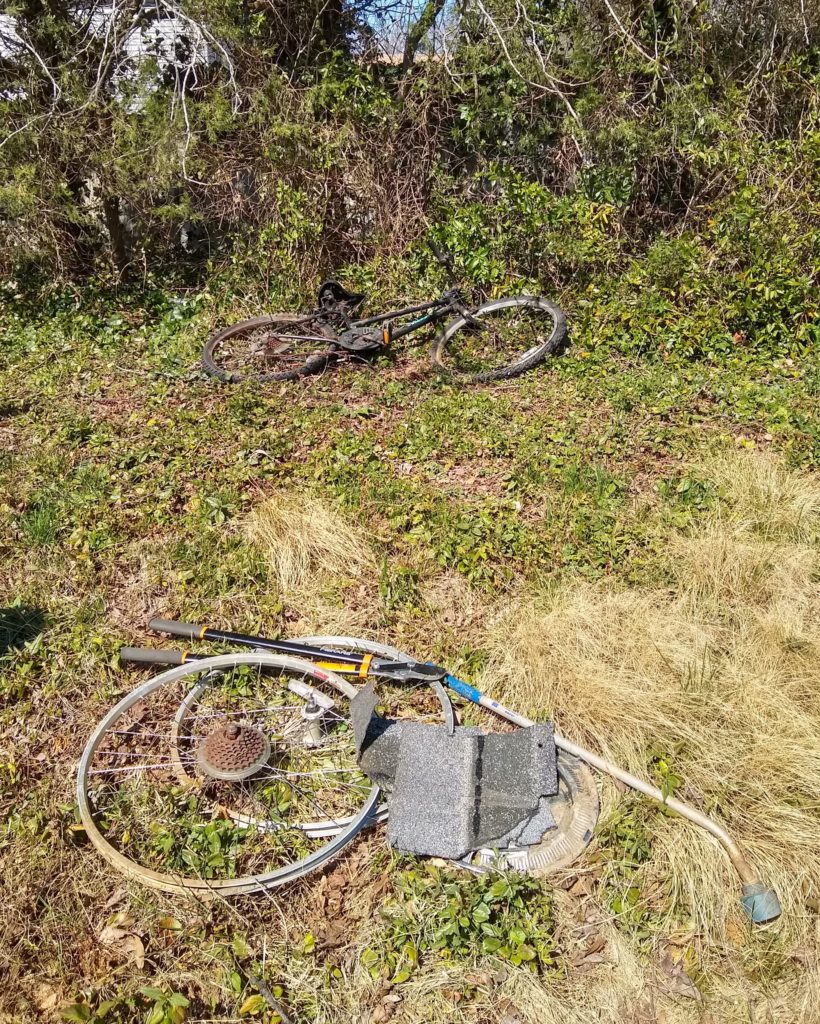 Almost a bicycle built for two

To try to share the clean-up effort, put in work orders to VDOT on several topics over the last few weeks:
• Take away the trash and the two cedars on the NE corner that somebody unfortunately sawed down (trash is gone but they only took one cedar, so will see if they come get the second one). 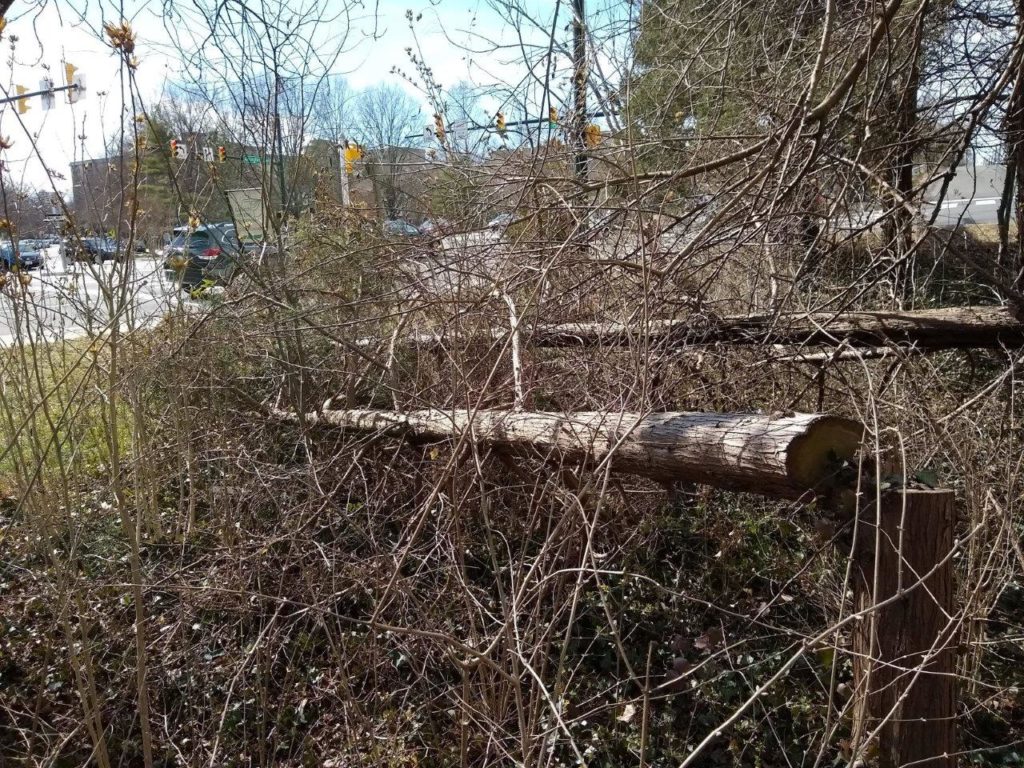 • Take away some of the dead underbrush and trees on the shoulder east of Manchester.
• Trim the bushes along the access road so they don’t hang into the street.
• Remove the black plastic around the storm drains that the workers left after finishing the renovation of the Rt. 50 and Manchester intersection. 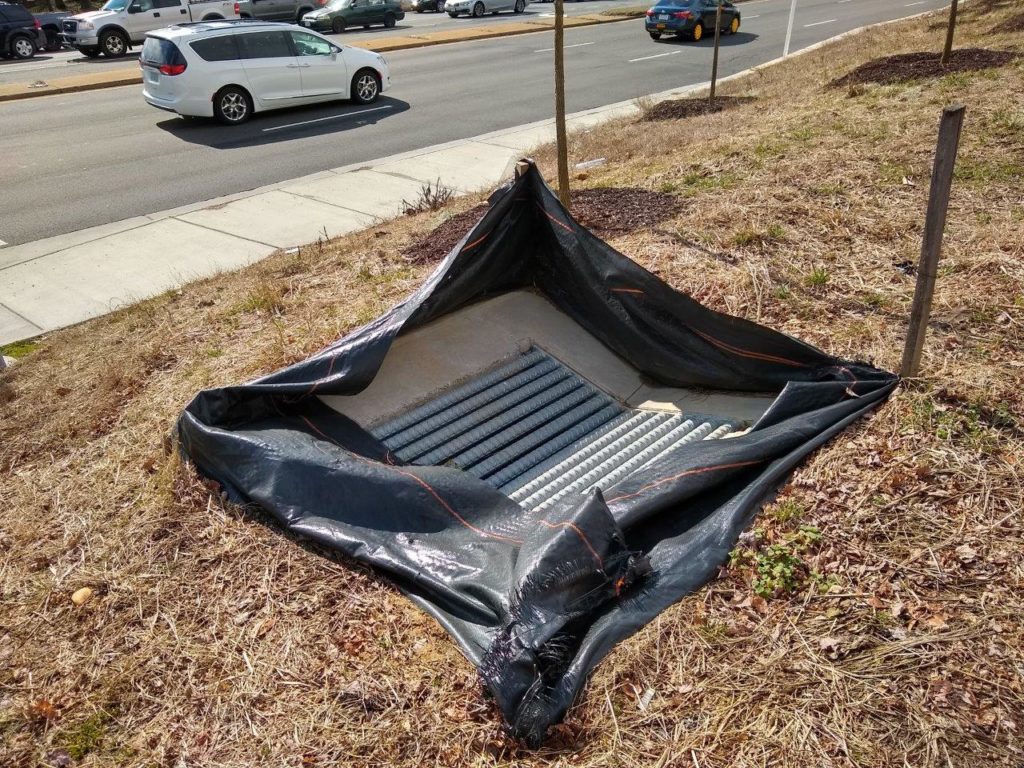 Feel free to submit your own work orders.  If they hear from more us, it may help them to take action.

For VDOT create an account and put them in at:
https://my.vdot.virginia.gov/

You can do the same for Arlington County at: https://topics.arlingtonva.us/reportproblem/

Hope to organize a couple of more events on Rt. 50 before the heat sets in. Tentatively more ivy clearing and potential planting of sumacs between Manchester and Montague Streets to start making a screen there.