Phil has been going to town rounding up volunteers in the good weather in the last month to dig in and clear out the trash in the area around 1st Street where it intersects the entrance to Bluemont Park.   We were first there on Pearl Harbor Day December 2014 to tackle the ivy and see what we were in for (see at end).  Thanks to Phil’s efforts to get this area as a Neighborhood Conservation Project funded by the County, it since has been chemically treated to remove the invasives.  But the die back of the invasives revealed a ton – or certainly many pounds – of dumped trash.  There was the usual collection of glass and plastic bottles, but there was also dumped fencing materials and several large piles of videotapes (we think maybe a 1,000!) that took a hardy crew several hours to remove over two visits in the last several weeks.  (A reminder to all – please don’t use parklands and forested areas in the neighborhood for dumping yard cuttings and waste, old backyard construction material let alone your 1980s videotape collection!  Not only unsightly and perhaps toxic, but it can lead to the spread of invasives and smothering of native plants.) 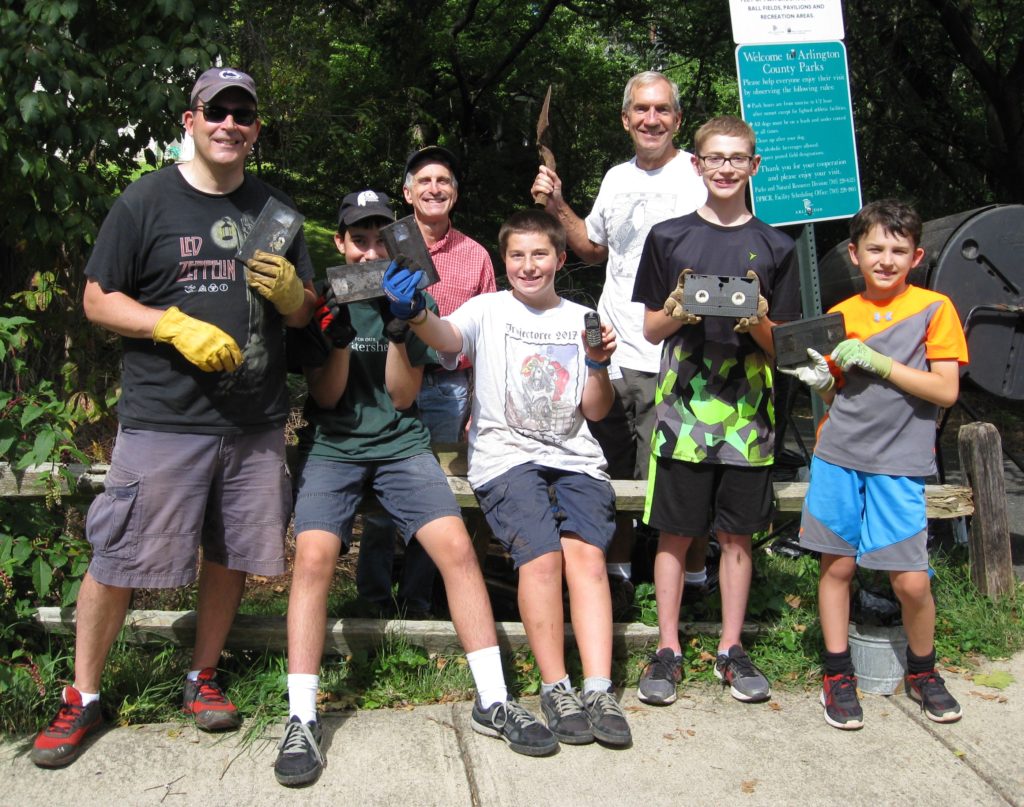 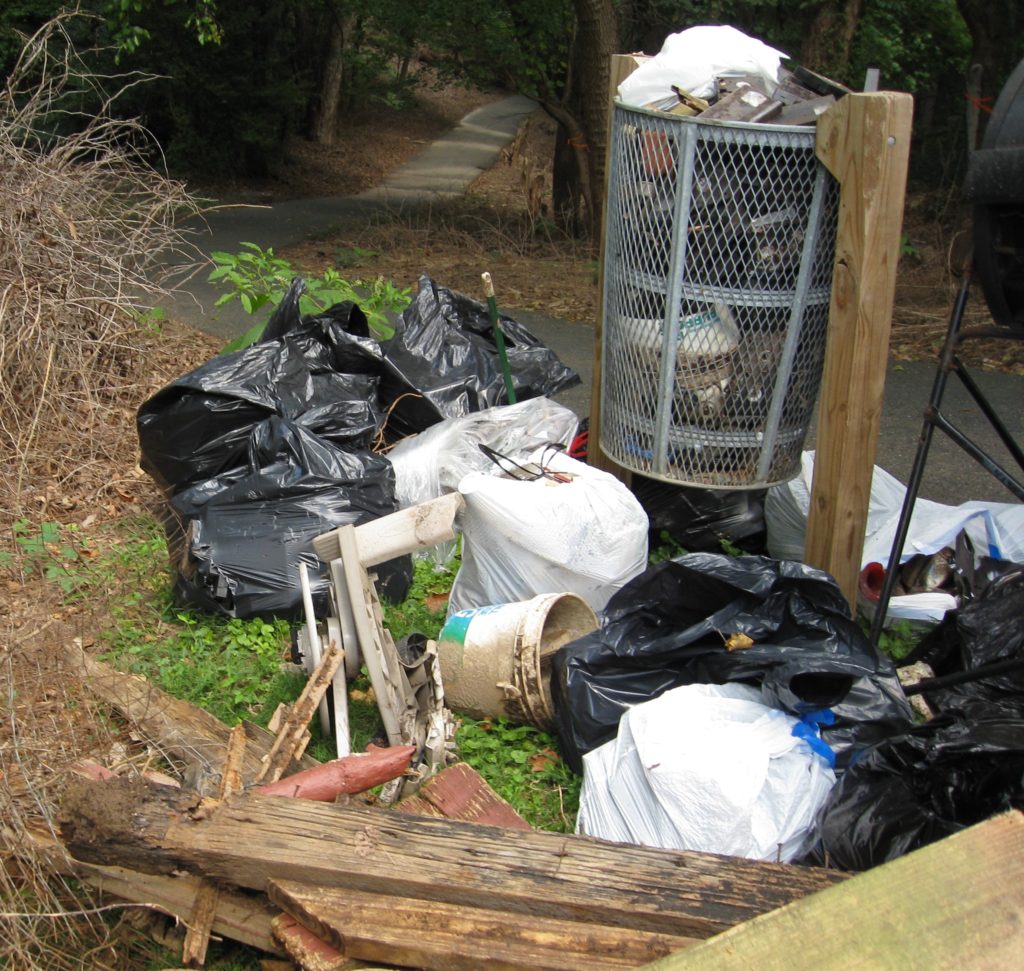 For Pearl Harbor Day 2014, BMCA organized a community invasive removal of the area at the northeast corner of Manchester Street and Rt. 50.  This is a small springy, wooded patch behind the sound walls along Rt. 50 that feeds into Four Mile Run/Bluemont Park on the north side of 1st North.  Clearly, the area had not been touched for a while as our volunteers wrestled with some invasive vines that resembled mid-sized pythons!  Among our several invasive removal projects in the neighborhood, including Powhatan Springs and Bluemont Park, we will need to add this area to our list for a return visit.  As for the Rt. 50 shoulder itself, we are still waiting for the County to provide their design for the reworked bus stop at Rt. 50 and Manchester before proceeding with detailed work.  But there are several nice and potentially salvageable evergreen trees on the shoulder and we will try to organize some cleaning around those in the coming months. 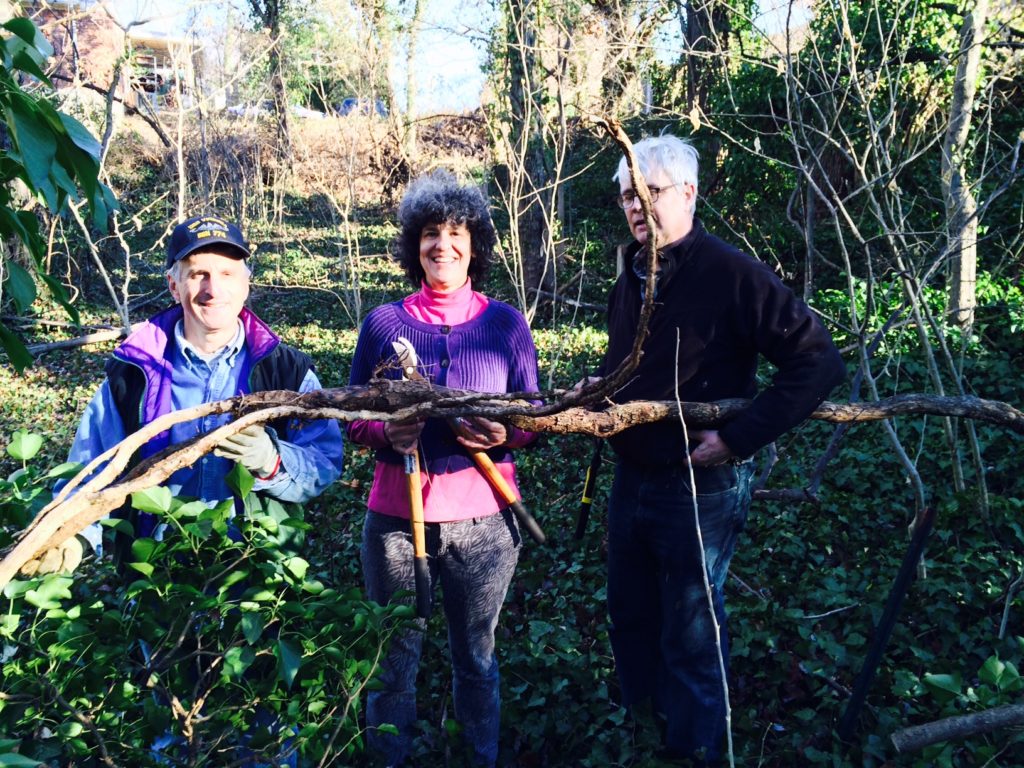 Did this slither up from Florida?